A game song from Puerto Rico that is a variant of a song that probably came to Spain in the eighteenth century from France, known as Un Beau Chateau (A Beautiful Castle) that gradually lost its meaning over time, becoming the nonsense words Ambos A Do.  This version could be used to practice re.

This is a question-answer Cuban-American Game Variant of an old Spanish song in which the players name jobs they would like in Spanish.

This is a simple Israeli children's song about the singing of the birds in the trees.  A great K-1 level song for singing the "tzif, tzif, tzif" of the birds on so and mi.

A nice piece with a large range.  Two accessible descants for upper elementary.

Sources: Locke, E.Sail Away
Brumfield, Susan.
Posted by Unknown at 11:26


This is a French-language chant to accompany a ball-bouncing game.

This haunting Korean folk tune has been sung for over six hundred years.  Dr. Campbell suggests pairing it with a traditional changgo drum pattern. 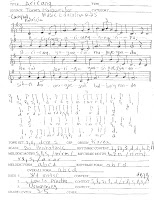 I learned this drumming pattern from Haiti, and really enjoyed the sound of it in an ensemble.
Source: John Avinger 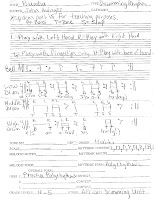 I use this chant as a counting-out game with young children until they have learned it well.  Then, I use bee icons to teach the concept of one and two sounds to a beat (Ta ti ti).
Source: SPU Summer Kodály Institute, Level 1 Notes. 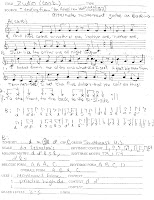 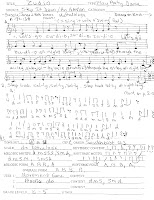 An English song that became a popular square dance in America.
Sources:  Eisen, Ann and Robertson, Lamar.  An American Methodology: An Inclusive Approach to Musical Literacy p.409
Additional Lyrics from Pioneer Girl, Fact and Fiction of Laura Ingalls Wilder, A to Z

Who's That Tapping at the Window?

We Are Dancing in the Forest (Wolf Game)

This game is very popular with my students and can either be a chase or freeze game.
Source:  Eisen, Ann and Robertson, Lamar.  An American Methodology: An Inclusive Approach to Musical Literacy p. 402
Posted by Unknown at 17:30

This circle game from the British Isles has Irish and Scottish variations and seems to refer to a deadly measles outbreak, of which there were many recorded in the 1700s and 1800s.
Source: Locke, Eleanor G.  Sail Away: 155 American Folk Songs to Sing, Read, and Play.  p. 16
Information about measles outbreaks from the Keighley and District Family History Society website which cites statistics from the Australian Institute of Genealogical Studies.
Posted by Unknown at 17:29

This game is great for the primary grades, especially at Halloween.
Source: Trinka, Jill.  The Little Black Bull and Other Folk Songs, Singing Games, and Play Parties. Folk Music Works. 1996. pp. 50-51
Posted by Unknown at 17:17

This song from the Georgia Sea Islands can be used with all ages with either movement exploration or a partner ring play.
Source: Jones, Bessie and Hawes, Bess Lomax.  Step It Down: Games, Plays, Songs, and Stories from the Afro-American Heritage. pp. 112-114
Posted by Unknown at 17:16

I remember singing this song when I went to outdoor camp and acting out the part where Tommy sits on a red-hot clinker (a hot coal)!  It makes for a rousing round when four groups are standing with alarm and crying, "Ma! Ma!"
Sources: Zanzig, Augustus D.  101 Rounds for Singing. Published by World Around Songs Inc. p.19
Stephanie Trinneer from song sung in childhood.
Posted by Unknown at 17:04